You guys. Stop everything.

I’m having a baby. 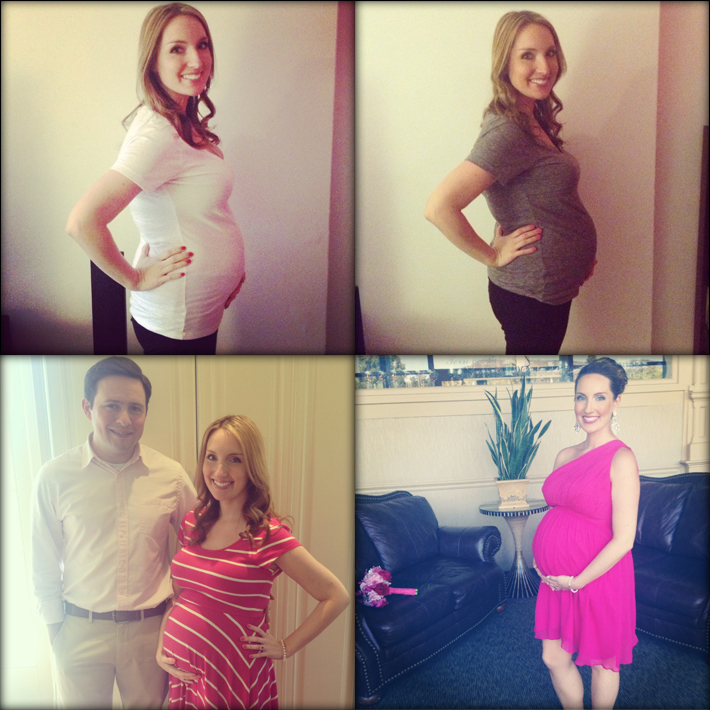 I am 40 weeks pregnant and it just hit me like a ton of placentas that our sweet little baby boy could be here any minute.

And I am going to be someone’s MOM. And like I will be responsible for TEACHING HIM THINGS.

What do I know about anything? Just last night I asked Eric if he thought I could eat a Snicker’s ice cream bar in the shower.

What do I have to really offer a child???

I’m not perfect. I make mistakes. I want to eat ice cold things in hot showers.

And I can’t wait.

Sure, I’m also terrified of the unknowns, and sad that I won’t be pregnant anymore, and scared about what’s going to happen to my vagina, but I am also so happy that I am going to be a mom. My whole life I felt like I was just trying to ‘get through’ certain stages of my life just so I could be old enough to get married and have babies.

And now I am here.

I know that it won’t be easy. I may not always make the right decisions for him, and I may not always put the right number of marshmallows in his hot cocoa, and I may accidentally tell him that the big bang theory is when all the dinosaurs died, but the one thing I do know is that no one will ever love him as much as I do.

That’s right, future daughter/son in law. You will never be able to love him as much as me.

So good luck with that.

Lately, however, I have been thinking a lot about how Oprah always says that every parent has a dream for their child. And I’ve been told that it’s not okay to hope my child is just dumb and happy. I’ve gotten very far in life being that way. But whatever.

So instead, I just want him to be whoever he wants to be in life.

Actually, that is a lie.

I don’t want him to just be ANYONE. I don’t really want him to be tattooed or a criminal (which is basically the same thing as tattooed if you ask my mother), or become something worse than tattooed. I can’t think of anything right now, but I am sure there are worse things.

(By the way, I have a tattoo. Because I’m an asshole who had to defy my parents.)

But what I really want for my child is for him to be exactly who he is, which I know will be a wonderful person, thanks to his father’s influence.

And hopefully a little dumb and happy like me.

I mean, it’s not like I want him to be stupid or anything. I’m not talking about intelligence. I’m just saying that hopefully he can drown out some of the crappy things in life, like not being able to eat ice cream bars in the shower, by singing a little “LA LA LA LA LA” song in his head every once in awhile.

You know what I mean?

But no matter what he becomes, I will always love him more than anything in this whole world. And I can’t wait to be his mom.

Even if he gets a tattoo. 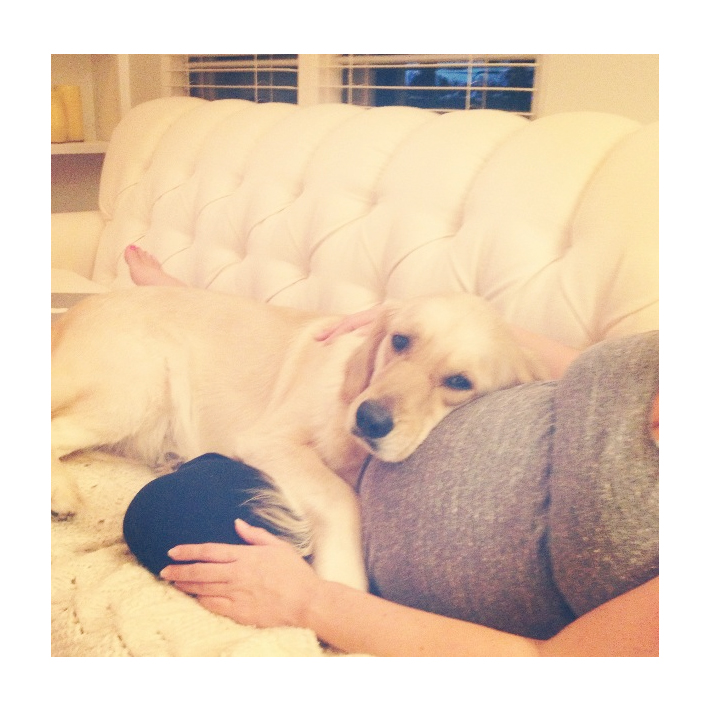 Bella wants you to come out and play too.

1 thought on “Ice Cream In The Shower: 10 Months Pregnant”